When my family went to the west coast in 1975, we spent a day at the Pacific National Exhibition.  There were rides, cows, and a demolition derby…all in the pouring rain. I was in heaven.  These big-city events are one way for urbanites to get a taste of the county fair: the exhibitions, the rides, and maybe a circus.  As a Canadian, I got to enjoy all of these on a national level.  But I had to wait.


The Exhibition
When my siblings and I were very small, my parents took the family on short expeditions after church every Sunday.  I clearly remember hanging out at the St. Lambert locks, watching ships rise and fall.  One Sunday we ended up on a hill beside the Saint Lawrence river, looking at a pair of islands.  They were crawling with machinery.  Even though I was only five, I must have been listening to my parents’ conversation, because I know, all these years later, that these were the Expo islands.


We had fun at Expo 67.  But first we had to wait for the islands to be built, and then for each unique pavilion to rise up from the ground.  But we got there.  I have my Expo season pass to prove it. 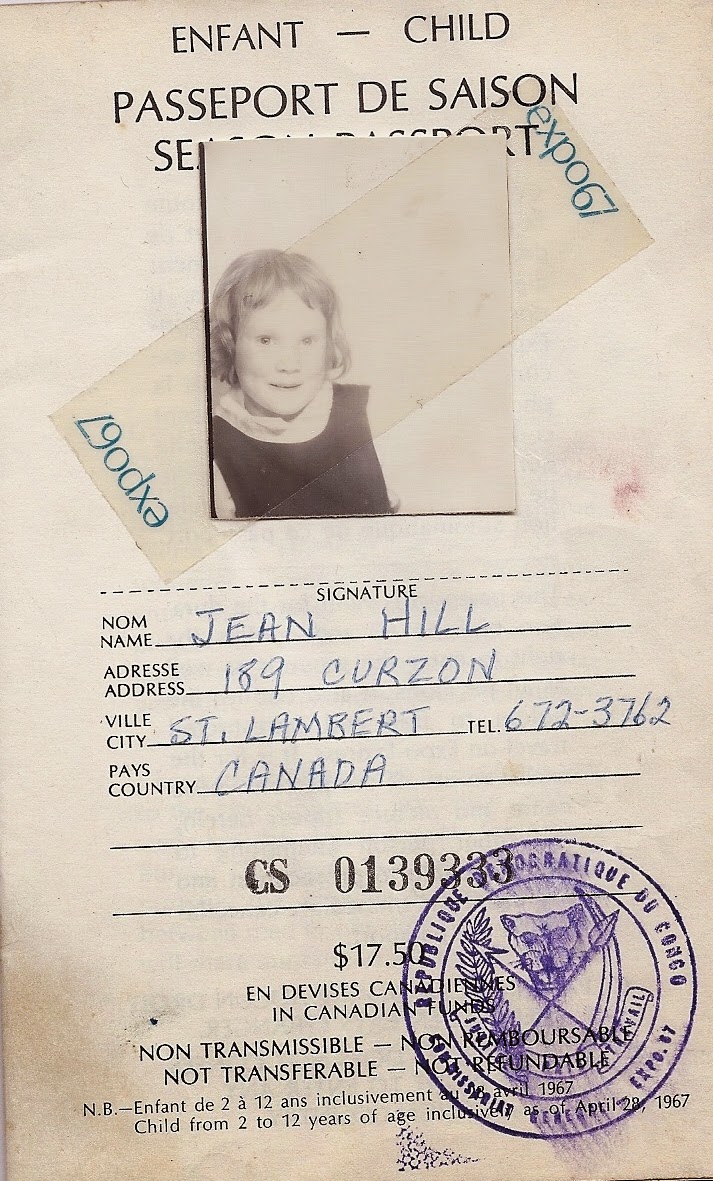 The subsequent years brought fun times for our family.  “Expo 67” turned into “Man and His World,” where we spent many fun evenings.  Meeting Dad on Île Sainte Hélène after his work, we had a picnic and then ran all over the exhibition grounds.  Our summer passes allowed us to come and go at will.
Mug Shots from "Man and His World" 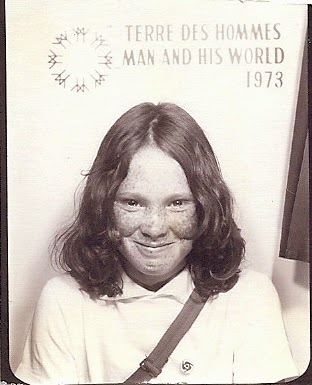 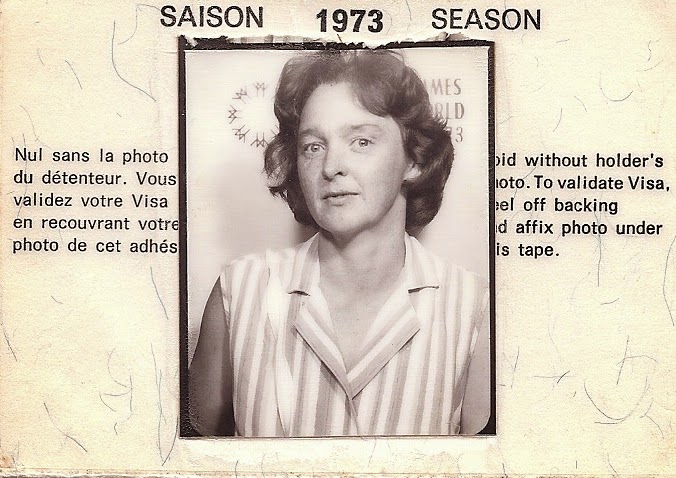 My Mom
The Rides
Eight years after those photos were taken, that fun Canadian thing was gone for good.  But by then I was grown up and on to other things.  The year before that, I had been a content Katimaviker living in Geneva Park near Orillia, Ontario.  One day, the Katimavik organizers decided to send my  group south to Unionville for a couple of weeks, to help restore a historic planing mill. We packed our bags, piled into the Katimavik van, and headed down the poky little highway that took Lake Simcoe-dwellers to urban places.


At one point on that road, far across a field, we saw a mysterious-looking collection of cranes, steel, and convoluted structures rising into the air.  This strange sight dominated the extensive fields around it. “It’s supposed to be a big amusement park,” said our group leader.  “Like Disneyland.”


That curious collection of structure did indeed become “Canada’s Wonderland.”  I eventually visited our new national amusement park, but first I had to wait: twenty-two years, when my husband and I went there with our kids. By then, those tangled configurations no longer towered over farmers’ fields.  The city had grown around them, and our poky little highway had become one of several four-lanes carrying people north.


The Circus
Six years after my ramblings with Katimavik , I lived in a downtown Ottawa apartment and worked as a baker in the Byward market.  One peaceful summer morning at 4:30AM (my work began at 5AM)  I was walking down a deserted Bronson Avenue on my way to work when a huge truck slowly trundled past me…and then another…and then I experienced my Imperial Star-Destroyer moment.  It’s not unusual for a couple of trucks to rumble down a city street, but these trucks just kept coming and coming, one after the other, until the entire massive convoy had lumbered by.  The sides of the trucks announced “Cirque du Soleil.”  The newspaper told me where they had been heading when they passed me on the street: LeBreton Flats, the empty space in downtown Ottawa that hosted festivals and Popes.


Again, I had to wait before I ever got to see this national treasure: twenty years, when my husband and I went to the Florida show with our kids.