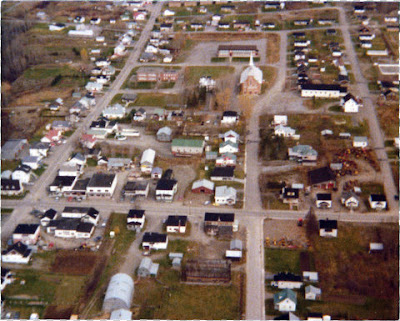 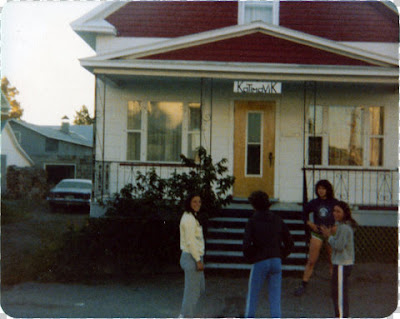 We had spent the previous three months getting to know the people there, working on community service projects, singing by guitar all evening, eating bean stew and whole wheat bread, and taking care of the environment.


We boarded an airplane (if the guitar had been out, we might have been singing some John Denver) and headed for the west coast. In Victoria, we were met by a military bus. Katimavikers know what to do with a bus; on a bus, Katimavikers sing! And that’s what we were doing as we entered the gates of the Esquimalt military base for our three-month military option rotation. Our group leaders (military officers) were there to meet us. We were slow getting off the bus, and they yelled at us!


This was a big shock to us sensitive granola-crunching tree huggers. But we got used to it. Katimavik is, after all, supposed to introduce young Canadians to different ways of Canadian living.


The Katimavik military option was a three-month stint in the reserves. All through that Vancouver Island winter (which was delightful) we did a version of basic training: parade ground and fitness; 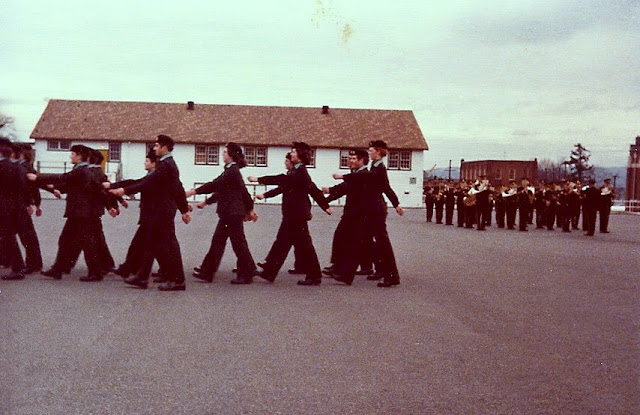 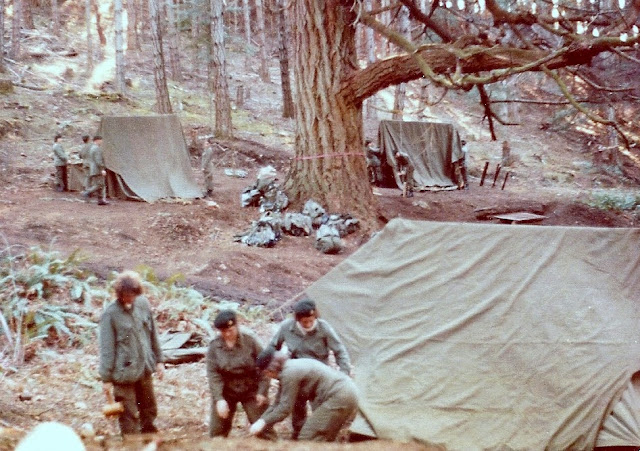 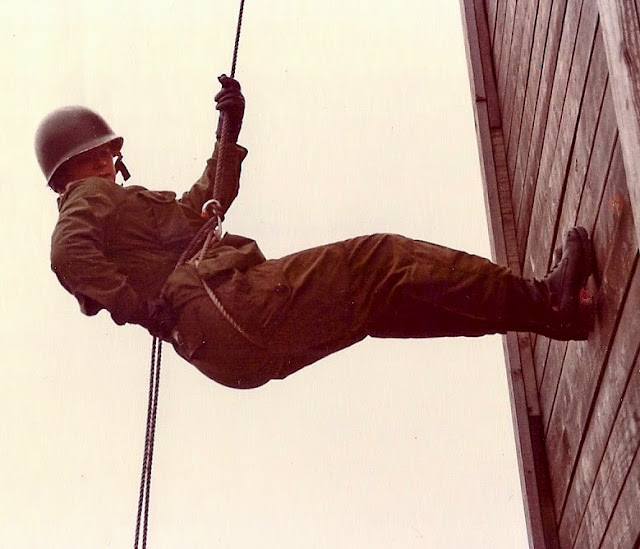 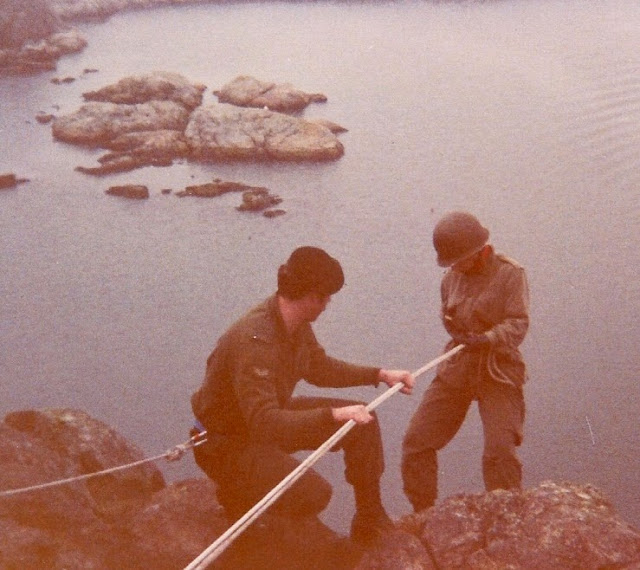 Our lifeboat training was an all-day event on a decommissioned destroyer sitting in the harbour. 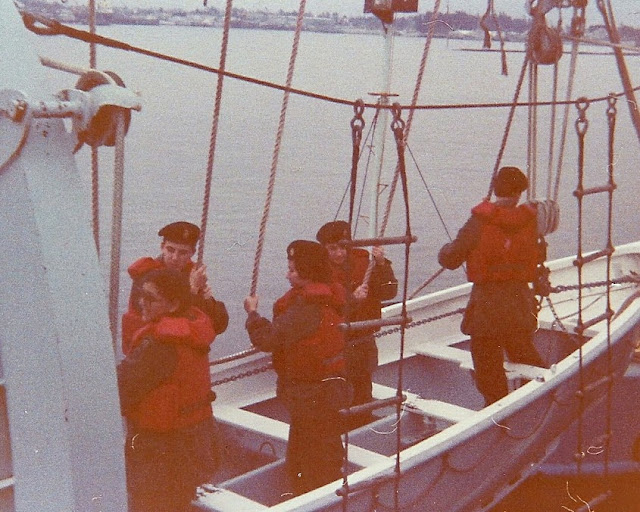 My friends and I had fun exploring the empty ship during our breaks. 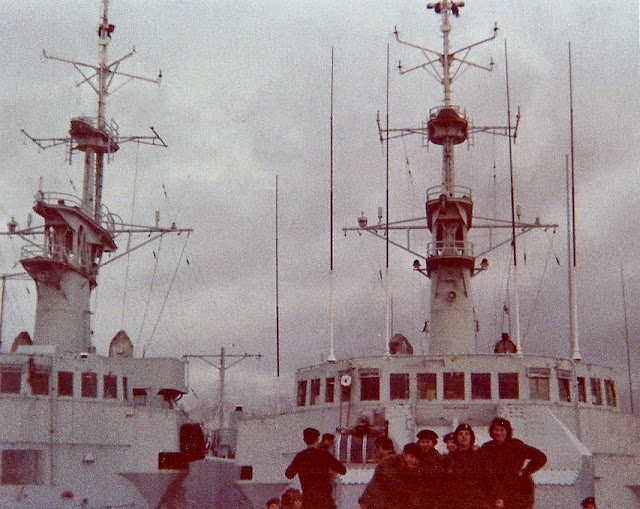 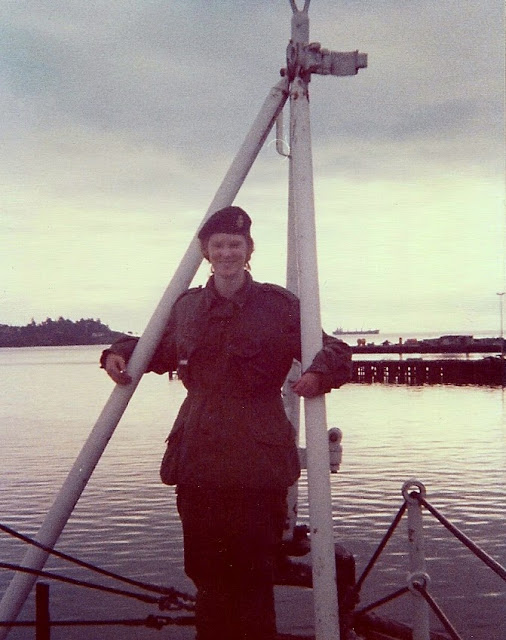 The best activity was our sea-training trip to Vancouver on two little boats. 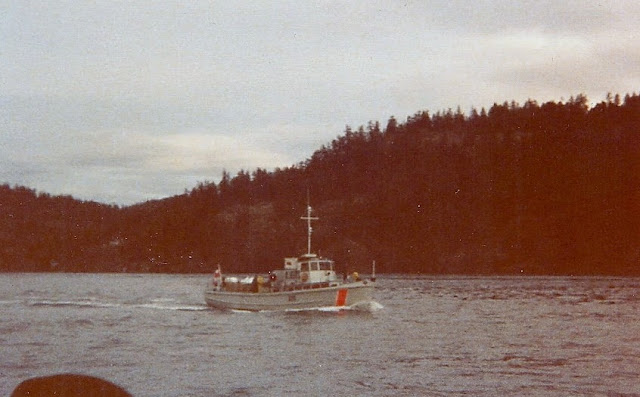 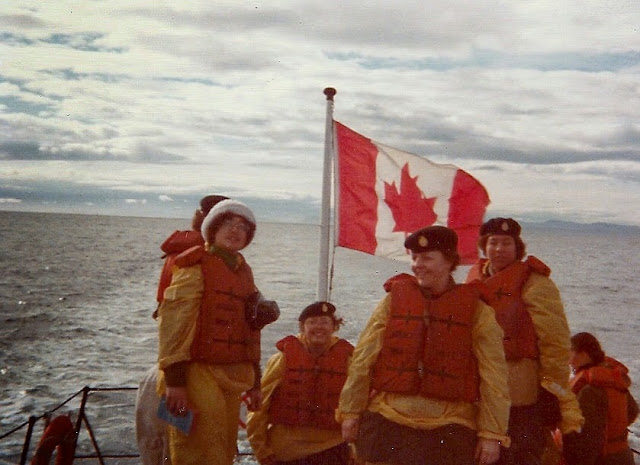 We did man-overboard drills while crossing the Strait of Georgia, 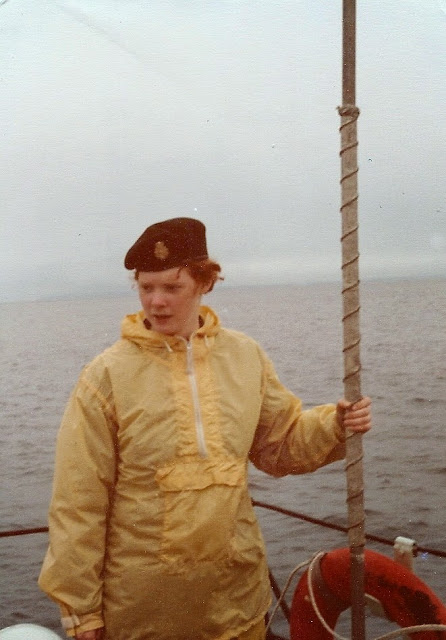 ...and then sailed into Vancouver and docked at HMCS Discovery in Stanley Park. All the girls on my boat were stashed in the big back cabin. 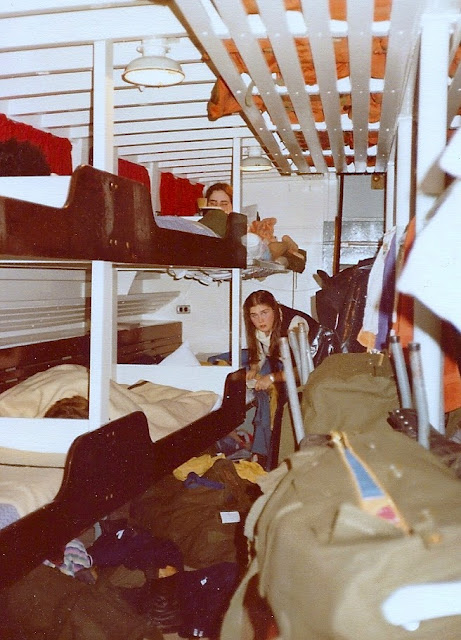 It was like a girls’ sleepover, except that we had to take our turns on duty, and we weren’t allowed to sleep in. I know this, because I had the 5AM watch, and it was my job to wake everyone up at 6 (easily done: one cabin, lots of lights, one light switch). The early morning shift was lovely. I sat on the narrow deck outside the cabin and looked at Vancouver, such as it was then, in the early morning light.

By the time our military training ended, spring had arrived in Esquimalt. In March, my Katimavik group boarded an airplane and headed for the Lake Simcoe/Georgian Bay region of Ontario. 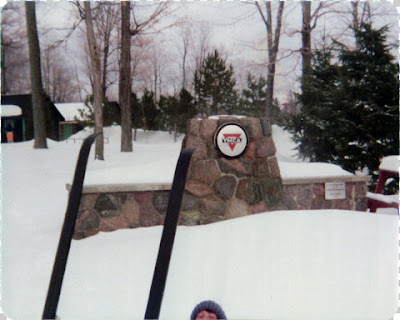 It was a return to winter. 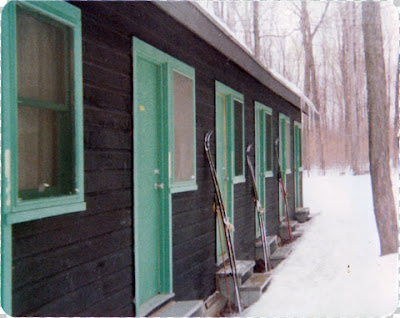 But it was also a return to guitar sessions, community service, tree hugging, and crunchy granola; in other words, back to the essence of Katimavik. 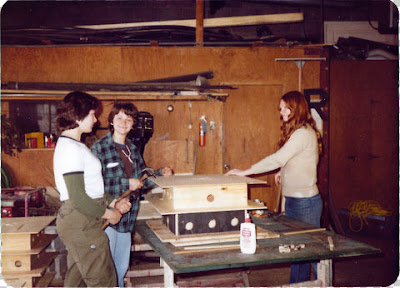