My family’s 1974 summer vacation happened because of a geography book that was lying around the house. Our book about Ontario included several pages on the Bruce Trail, and we decided to give it a try.  We had done lots of camping already but had never attempted a long hike. My siblings and I pored over the book, estimating speed and distance, coming to the optimistic conclusion that we could get close to the end of the trail at Tobermory. We even equipped ourselves with a snake-bite kit, in case we made it to the Bruce Peninsula and encountered one of those fearsome Massasauga Rattlers. This just goes to show how little non-hikers really know about distance. It’s just as well that we weren’t really determined to finish the trail. In our three-week vacation, we barely made it off the Niagara Peninsula.
My family and I set off on this adventure in our usual fashion, which was by walking to the Longueuil Metro station. Fully equipped with knapsacks and hiking boots, we rode into Montreal with the morning commuters who (much to my self-conscious, 13-year-old horror) stared at us curiously. Boarding our train in Montreal, and using all means available to the traveller, we arrived in Niagara Falls. Everyone else was there to see the wonder of the Falls. We were there to find Brock's Monument, which is where the trail begins.

Our first day of hiking was very pleasant on the wide, flat trail. It was a good beginning, crossing the flat lands on the way to the Niagara Escarpment. 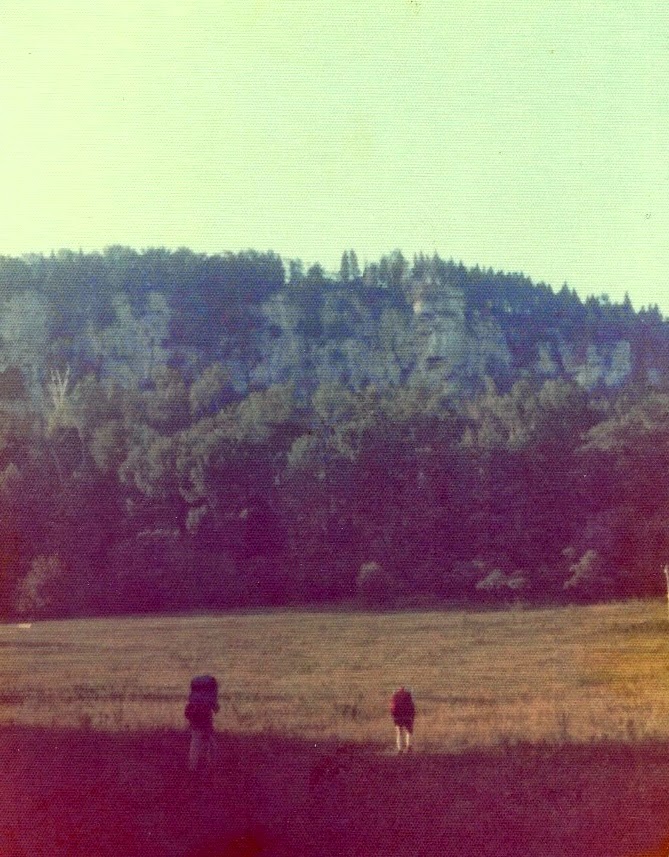 The next three weeks brought the variety of circumstance one would expect on a long hike.  We had a trail guidebook, and so our way along the escarpment was reasonably clear. But occasionally the trail departed from the dictates of the guidebook map. Where we should have been walking along the edge of the cliff, we would find ourselves on dirt back roads. It turned out that in the time since the guidebook had been published, individuals and developers had been buying up land along the escarpment, forcing the trail away from the edge. We were seeing the expansion of the Greater Toronto Area. In my modern-day version of exploring (googling), I was glad to see that the Bruce Trail conservancy group is even now working on that problem by buying escarpment land.
The back road routes were lovely but dusty and hot. Sometimes it wasn’t clear which way we were supposed to go and where we should pick up the trail again. Being off by a mile is a big deal when you’re on foot. It was a hot, dry summer in southern Ontario. The places to fill up our canteens were clearly marked in the guidebook, but sometimes they were far apart, and sometimes the smaller creeks in the forests had gone dry. We supplemented our hiker’s food by stocking up at general stores (also clearly marked in the guidebook), but meals couldn’t come soon enough for us. Dad’s military training kicked in when he was faced with four kids who all got tired at different times. He took on the task of dictating our (frequent) breaks, and he had a cheerful but no-nonsense way of encouraging us to keep going when we were tired. We were often hungry, but there were snacks at every break. Our daily “elevensies” chocolate bars were a previously unheard-of luxury.
While packing for our trip, we had all grabbed books to read on the journey. Between the six of us, we ended up with the entire collection of The Chronicles of Narnia and The Lord of the Rings, which we shared around to take our minds off our tiredness as we sat in the shade and munched our chocolate bars. 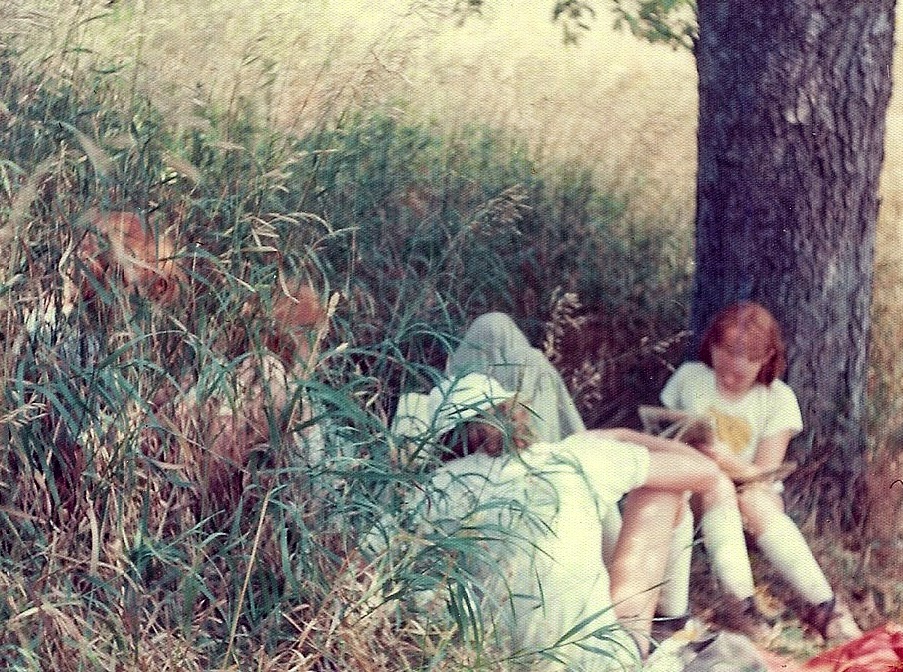 Like Peter, Susan, Edmund, and Lucy, we found out just how long it takes to get anywhere on foot, especially when trails that should have been there are blocked or lost. Like Frodo and Sam, we knew what it was like to be hot and hungry and exhausted with the end barely in sight. Just like the nine companions of the ring, we felt that discouragement that comes of an uncertain and unclear trail. And remembering that first day of easy hiking, I could especially relate to Bilbo who, at some point on his journey, laments the fact that adventures are not all pony rides in May.
But, like all of those fictional characters, we knew the joy of rest and good food at the end of a day’s hike. 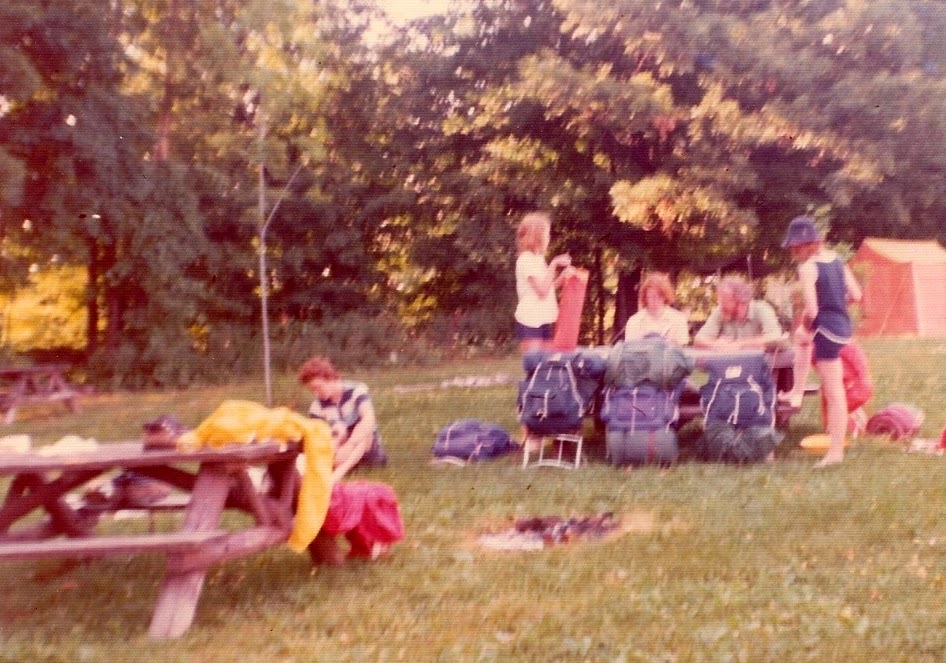 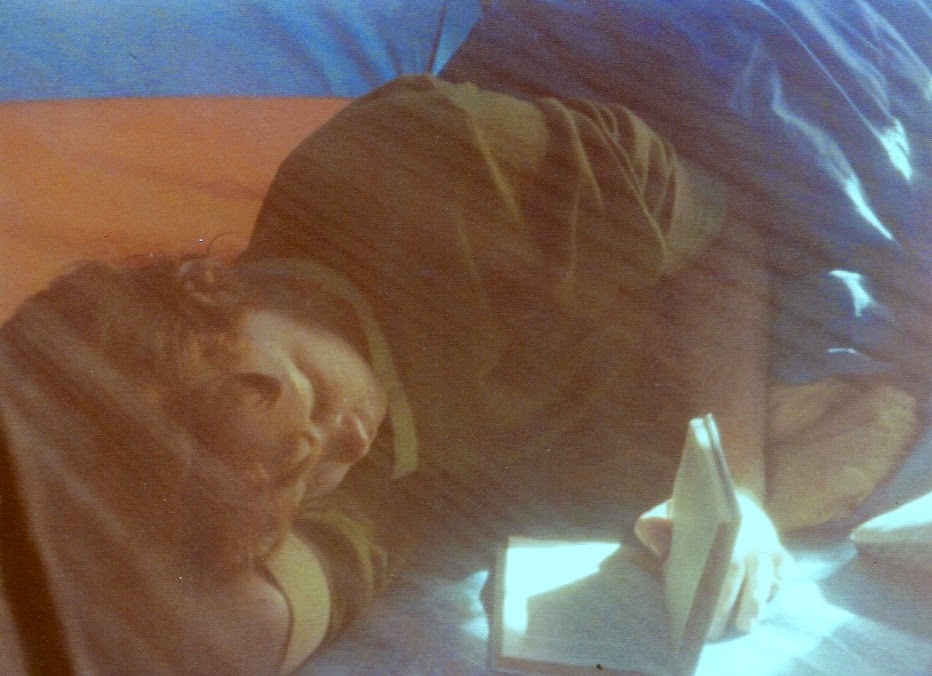 We got into a workable routine of daily walking, and when we did get views off the escarpment they were splendid. 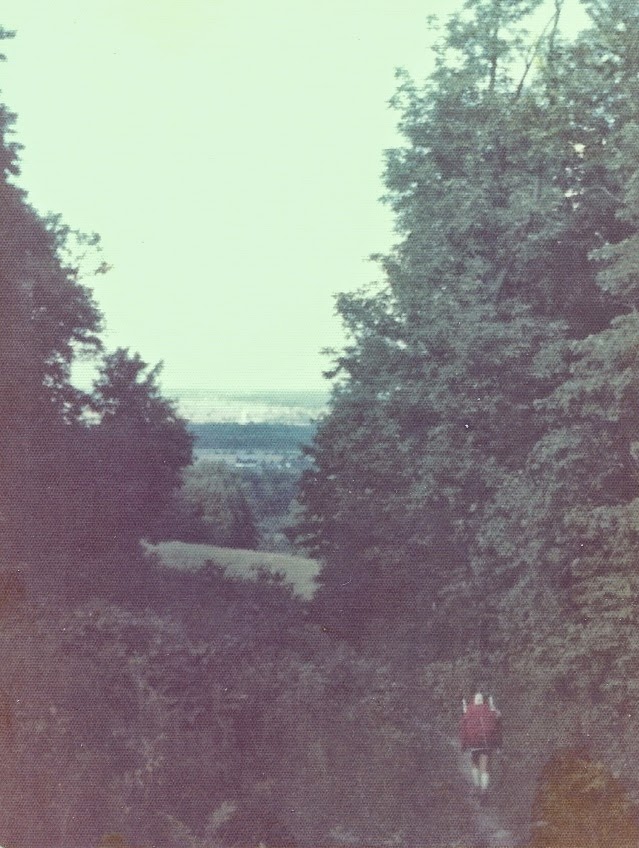 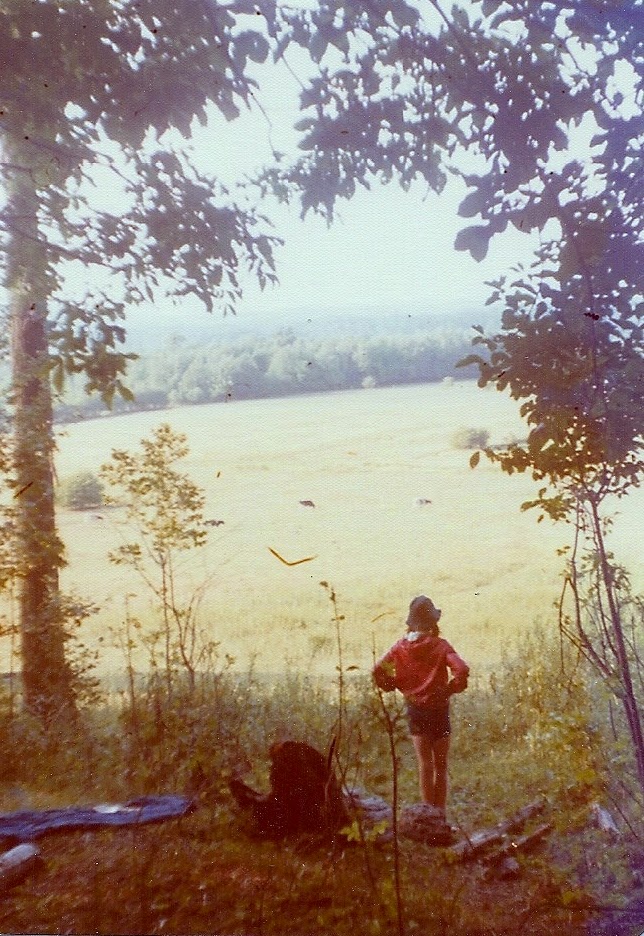 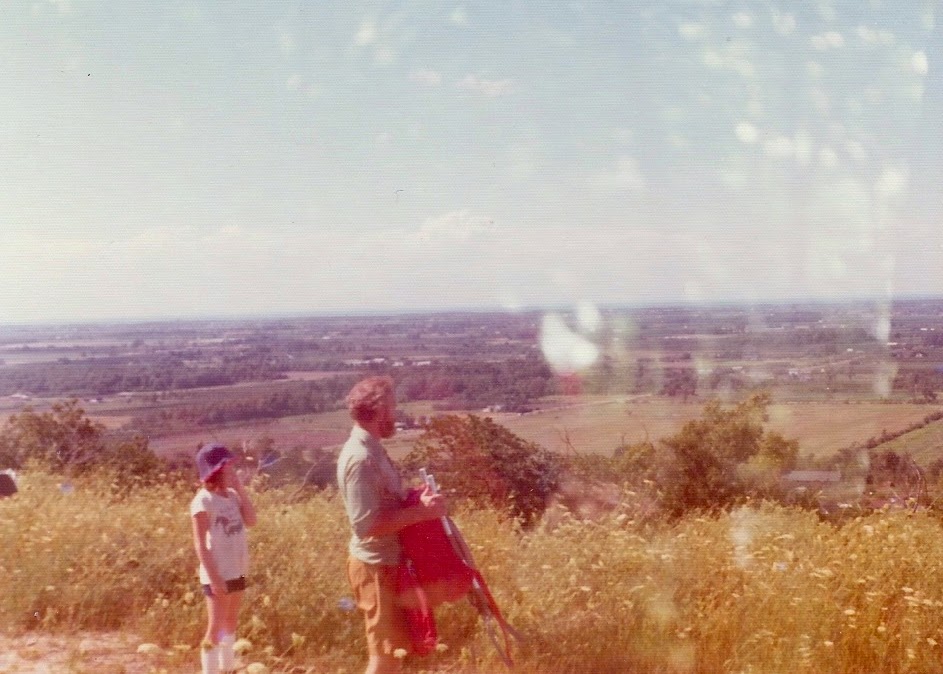 The wooded walks were cool and dark. 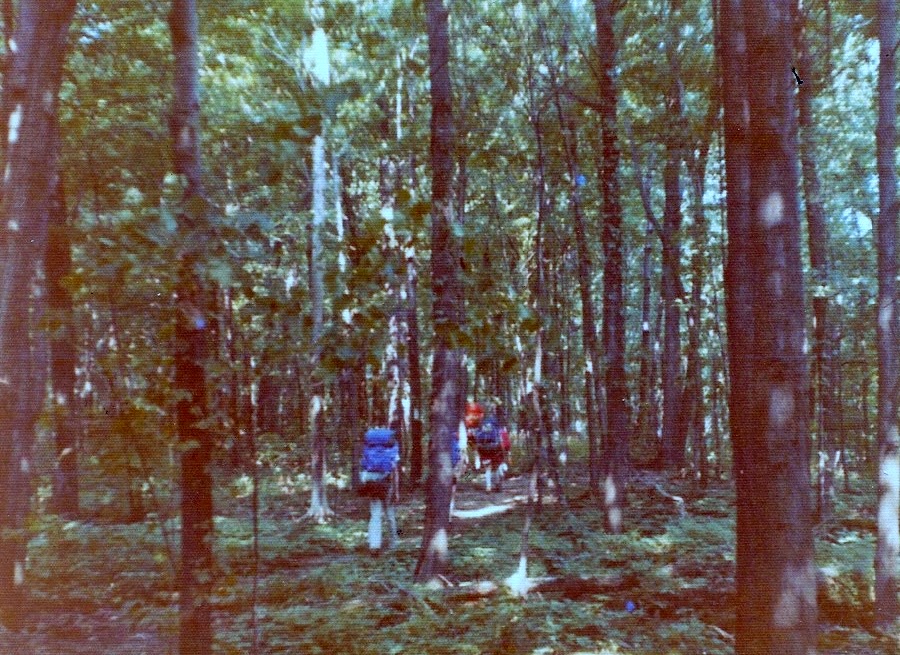 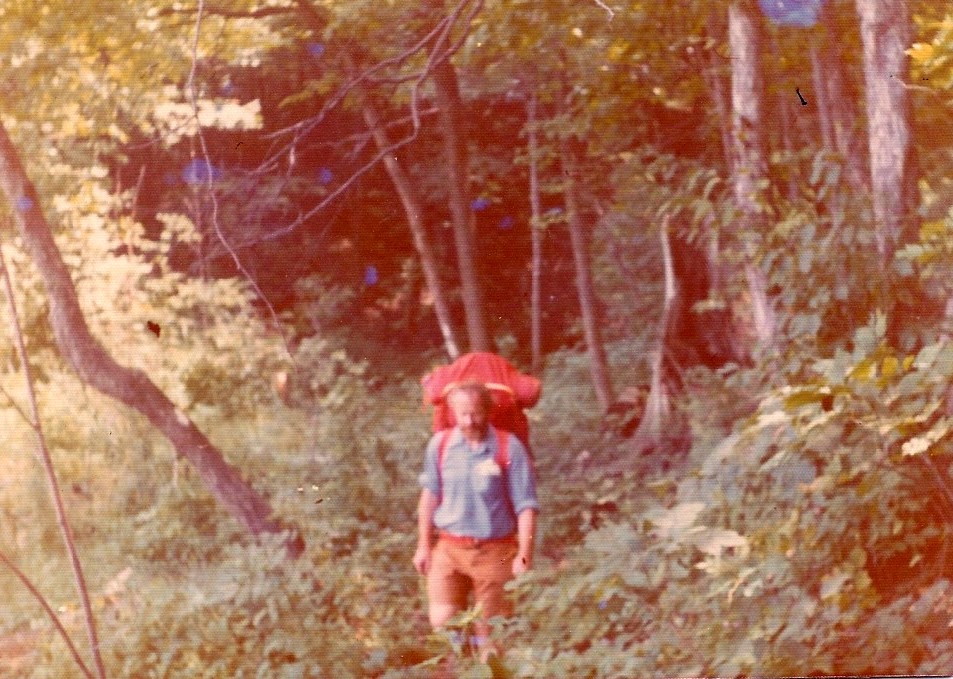 The paths that wound through farmers’ fields and over stiles were bucolic. 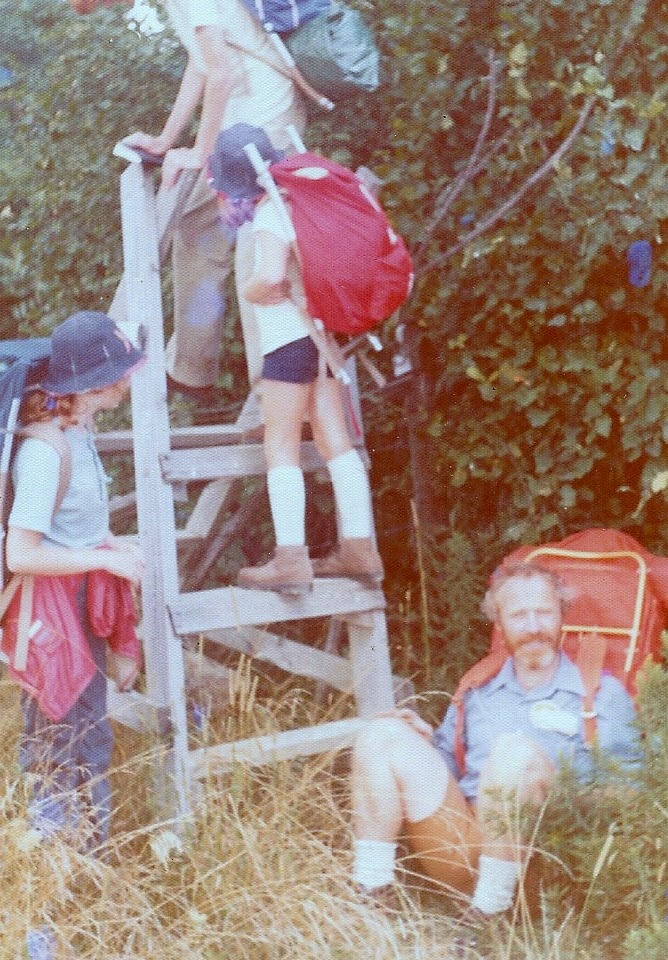 We enjoyed to the fullest any cold forest stream we encountered, for drinking and for frolicking. 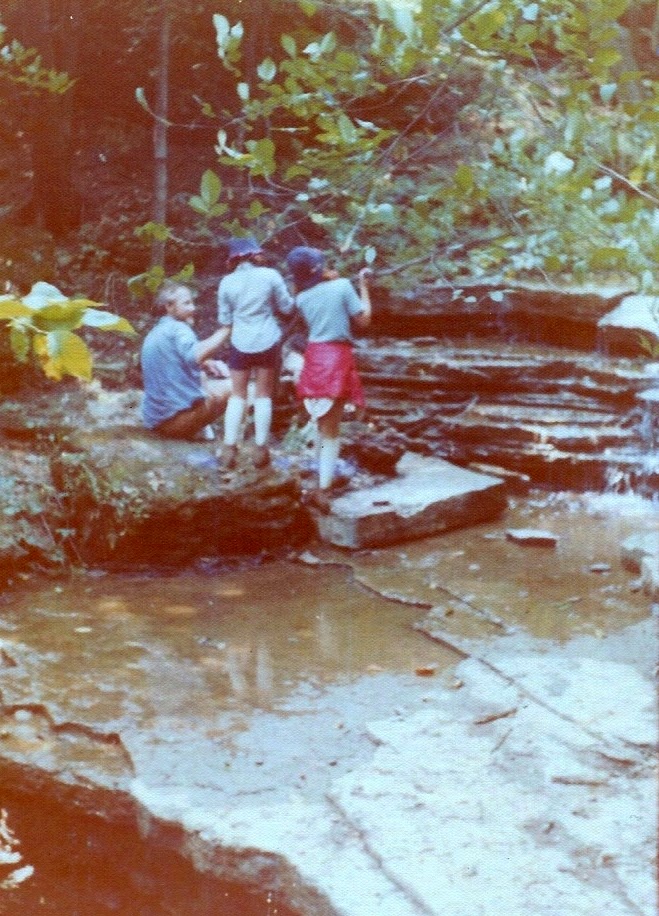 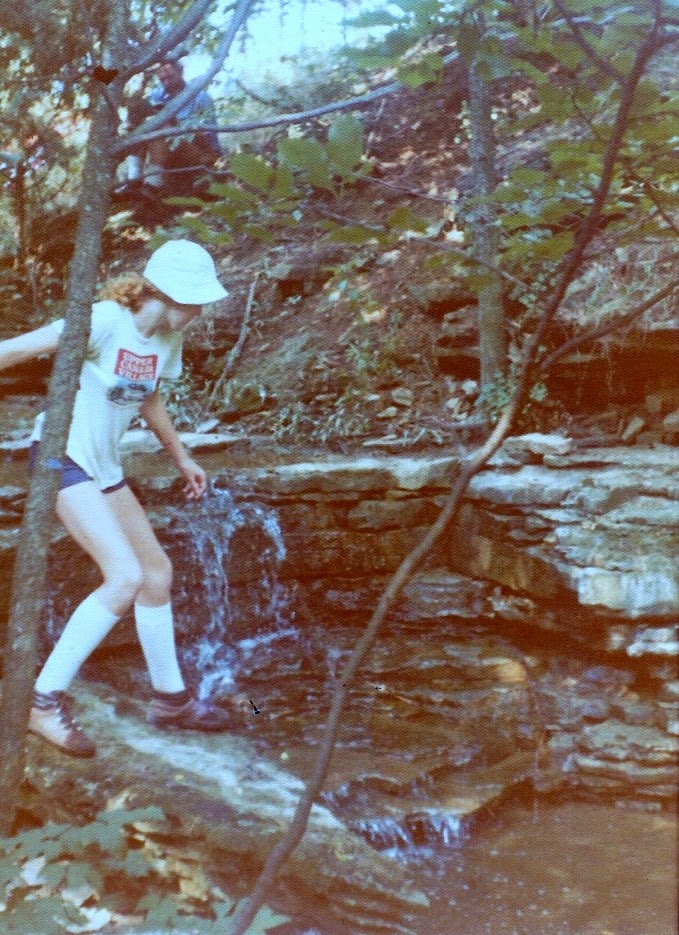 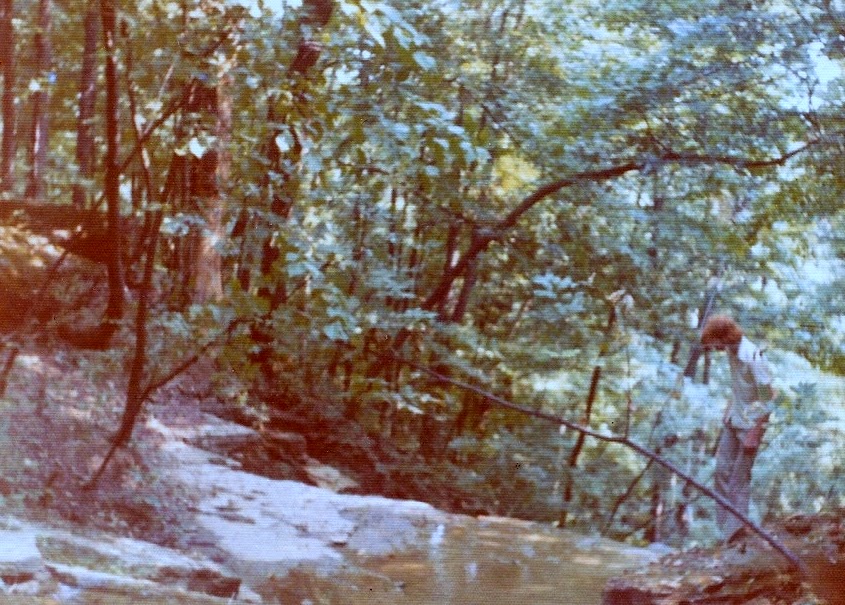 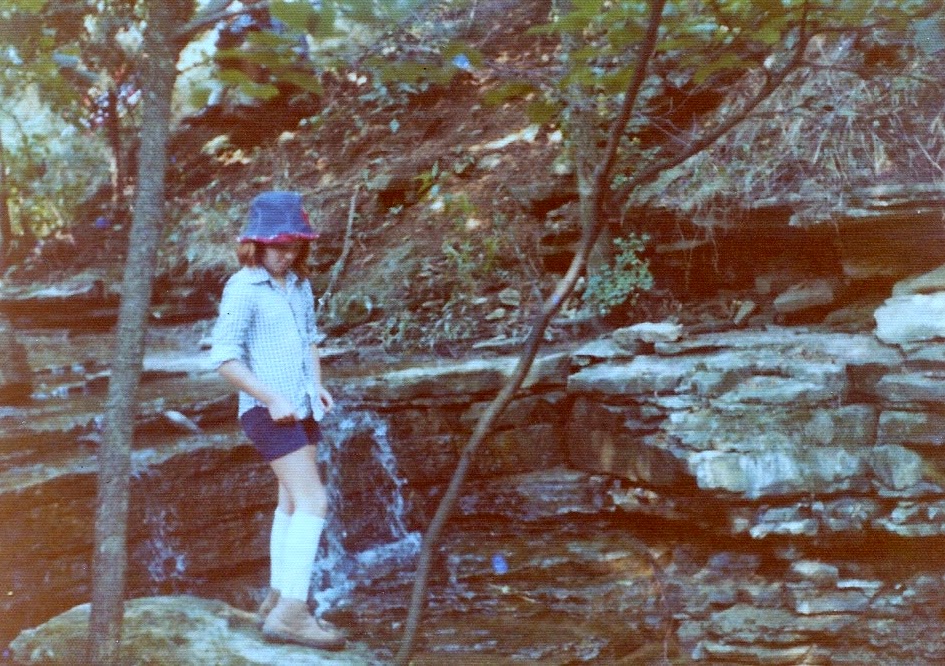 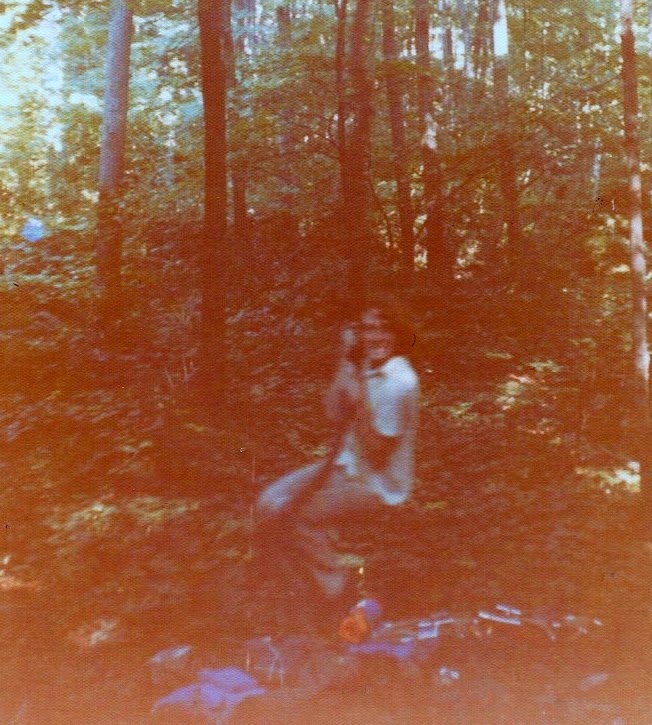 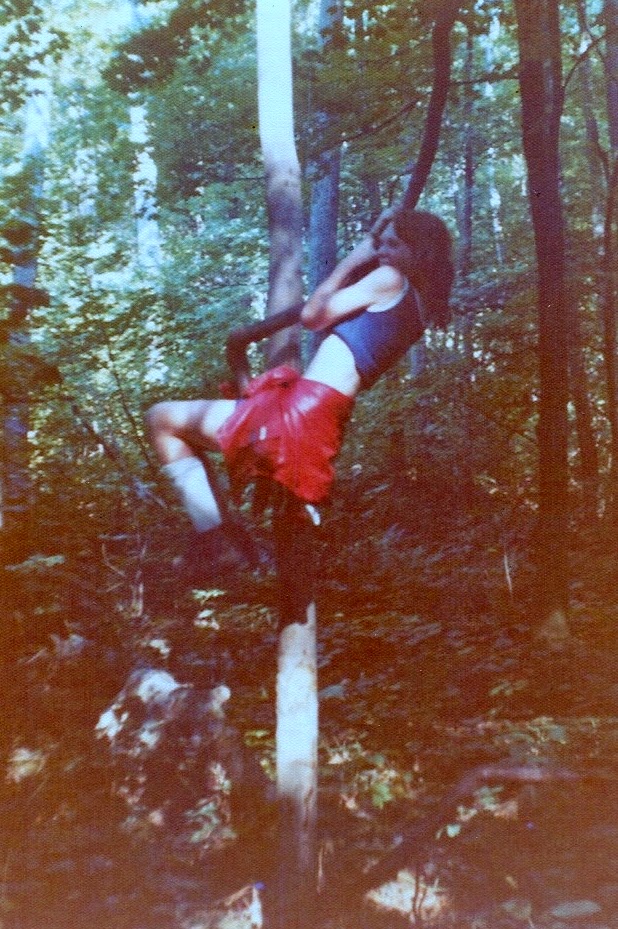 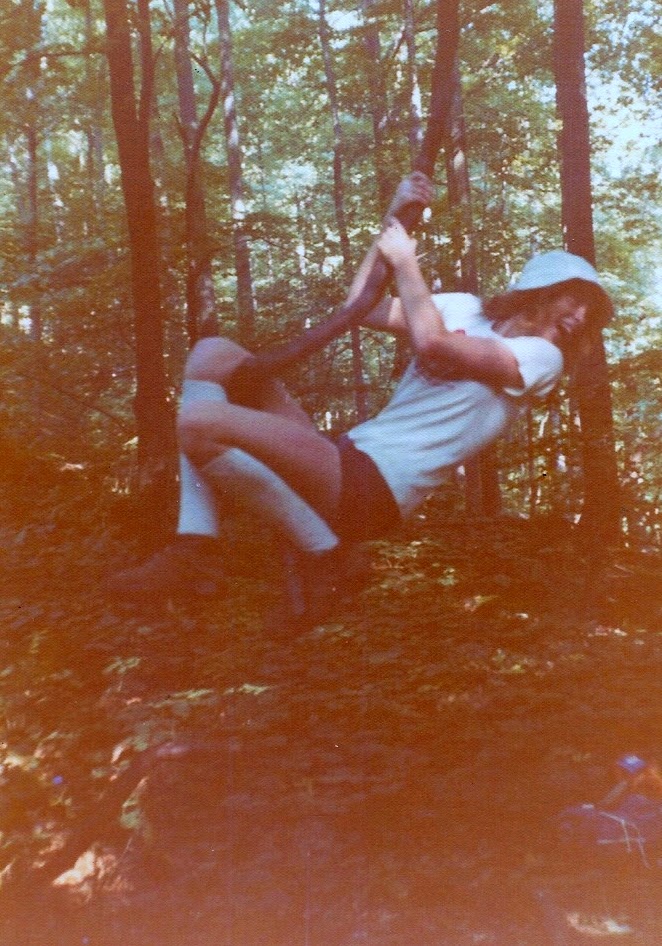 We were grateful for the luxuries that came our way…like our daily chocolate bars or a campground with a pool. Once, when we materialized out of the woods into a public campground, a friendly couple in a trailer invited us in for juice and beer. They then insisted we stay for spaghetti and moose meat sauce. This is on our family’s list of memorable meals.
Somewhere in my long lost trip diary is the information about where on the Bruce Trail we ended our hike. It was somewhere in that heavily populated region of Ontario west of Toronto. When it was time to go home, we made our way to the GO Train and headed into Toronto. Our knapsacks took up an entire section of seat, and the morning commuters stared at us curiously. But by then I was used to being part of a group of rough-looking, hiking-boot-shod, knapsack-clad anomalies.