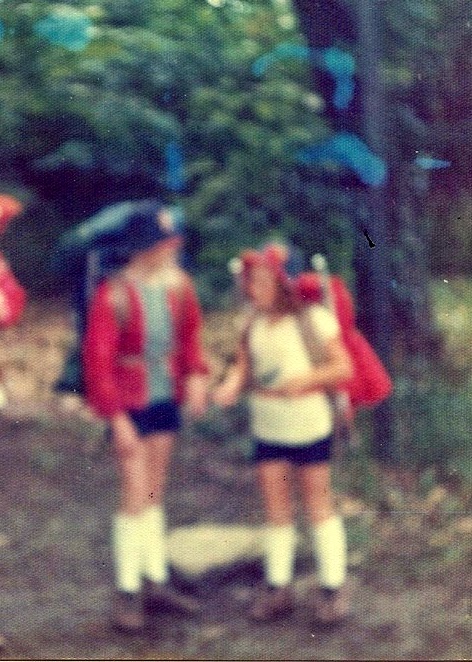 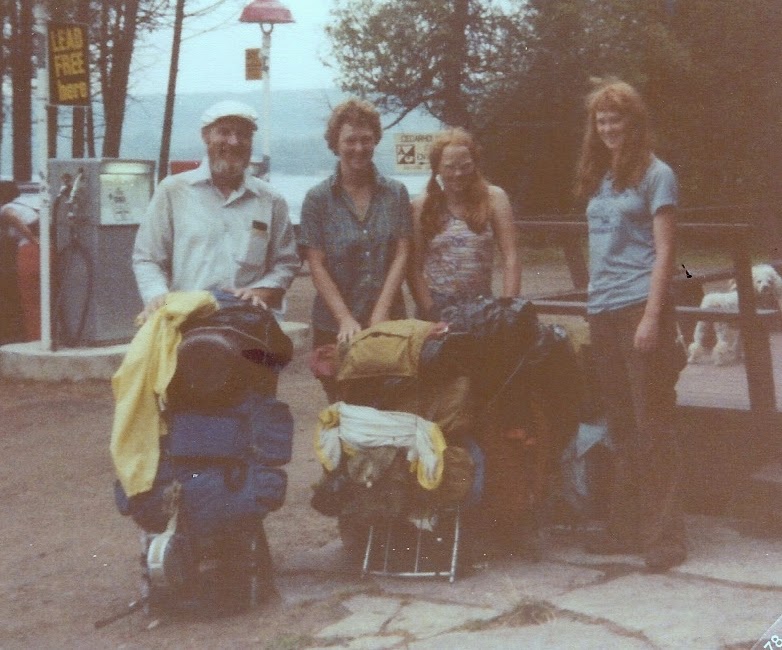 We decided not to pick the trail up where we left off four years ago. We had found out how long it takes to get anywhere on foot, and it would have been impossible to leave the heavily populated regions of the trail. Instead, we started our hiking trip at the other end of the Bruce Trail. Driving up the Bruce Peninsula in a rented car, we parked in a municipal lot in Tobermory and set off.

At this end of the trail, we enjoyed the same splendid escarpment as at the other end. 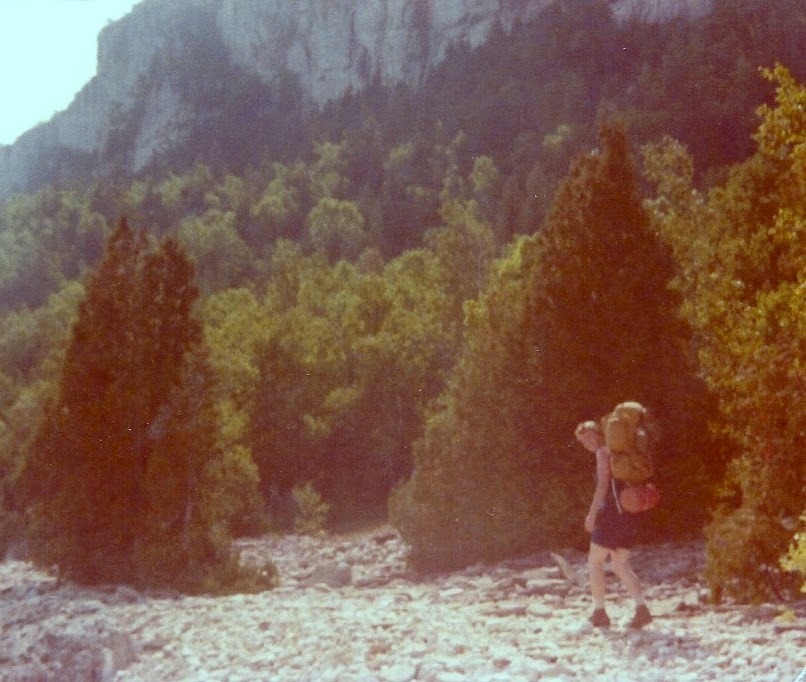 But the views off the cliff were of turquoise-coloured Georgian Bay rather than of farms and villages. 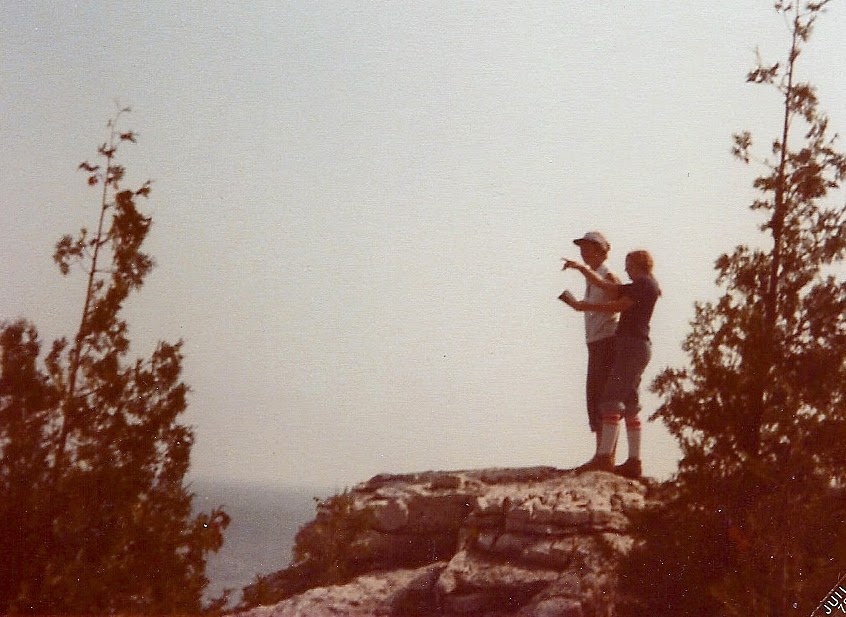 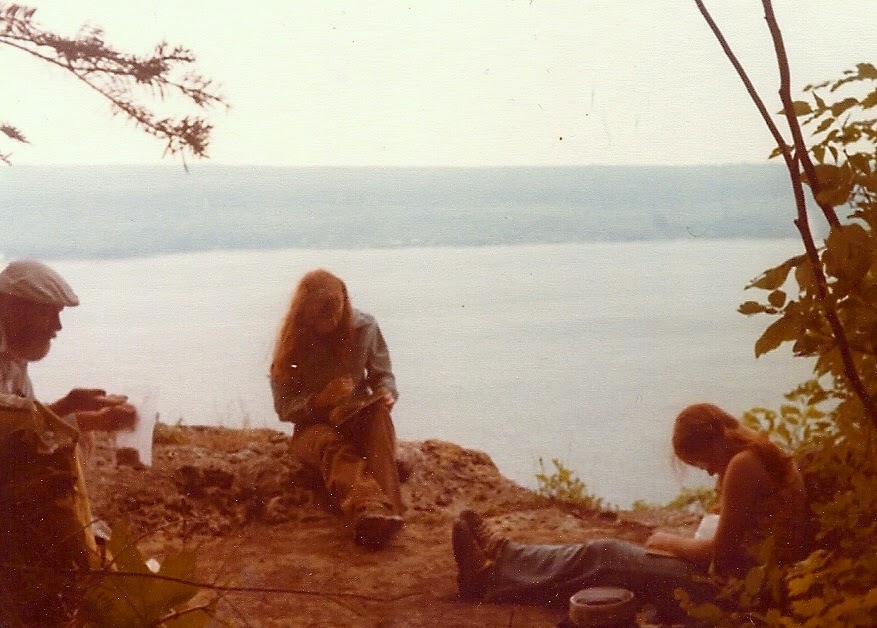 This trail was more challenging than in the tamed, populated Niagara region. Instead of farmers’ fields and accommodating stiles, we tackled rocky beaches and cliffs. 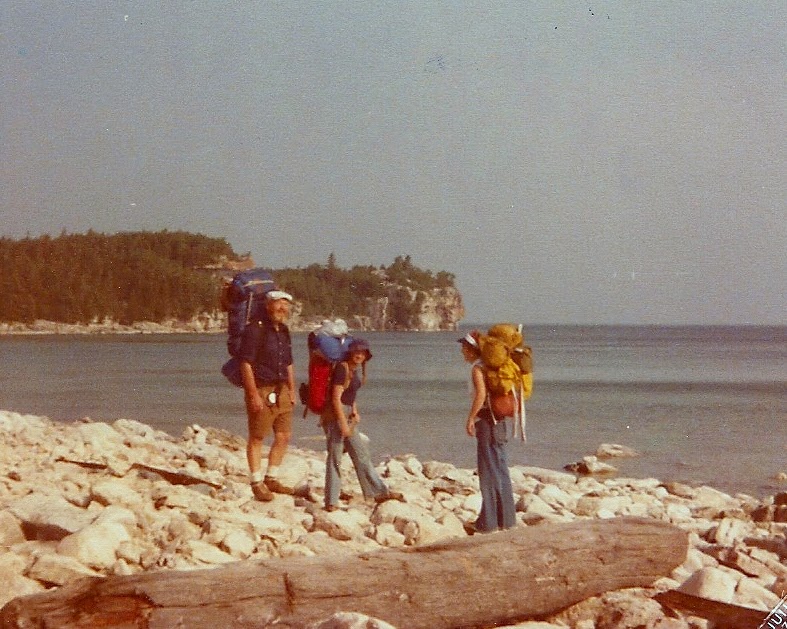 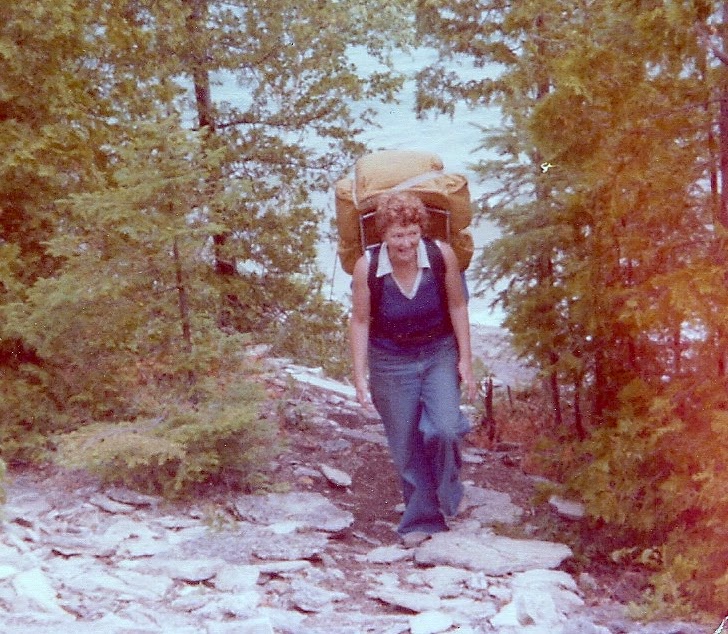 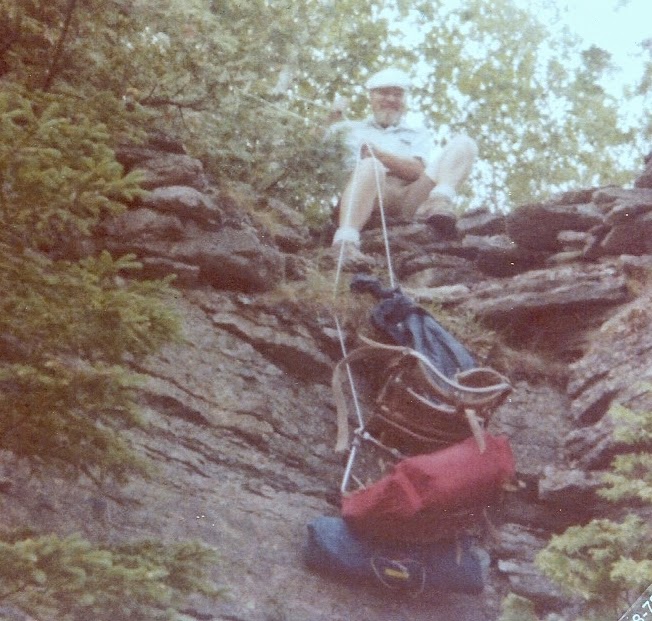 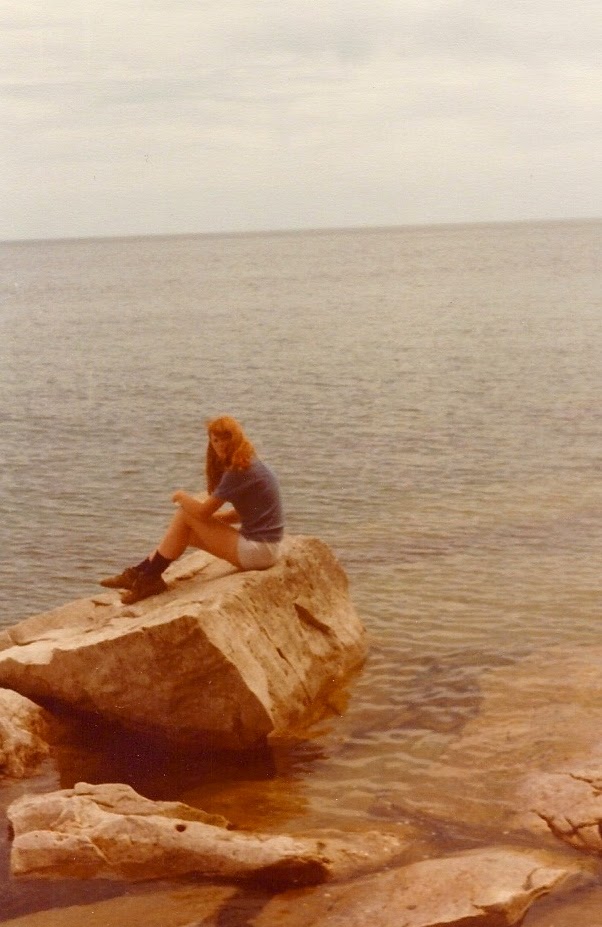 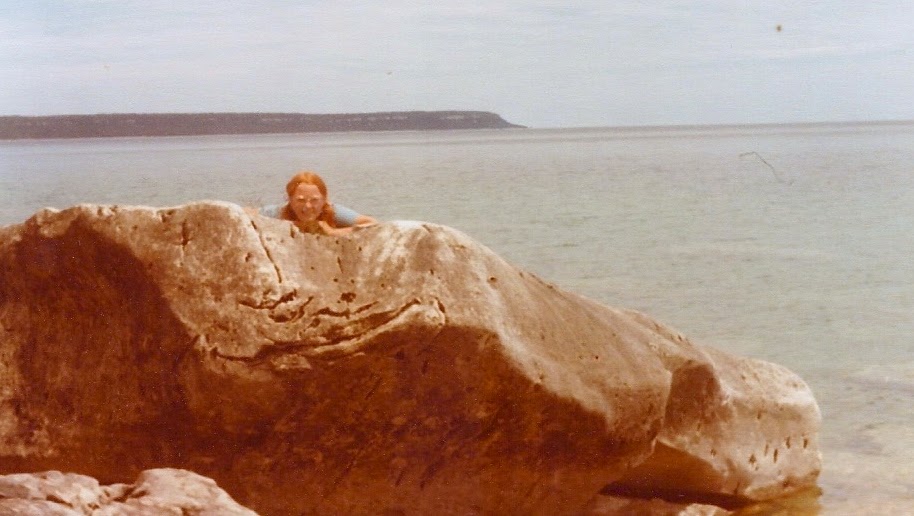 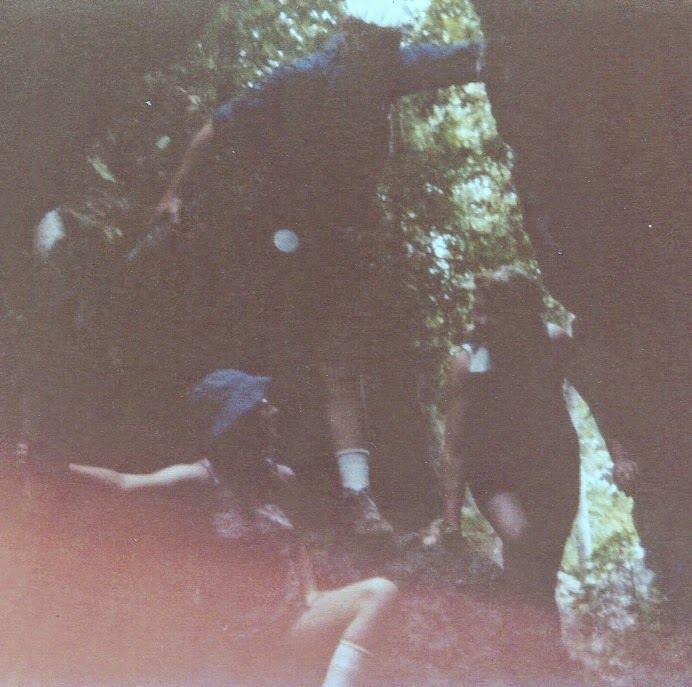 Sadly, just like at the other end, landowners sometimes kicked the trail off on to the roads.
We hiked for a week, arriving at a campground near Hope Bay. In order to collect our car, Mom and I walked out to the main road to catch the once-a-day bus to Tobermory. We were instructed to flag it down when we saw it. About a minute after a yellow unmarked school bus zipped by us, cheerfully honking its horn, we realized that this had been the bus. So we put our thumbs out and got rides up the peninsula from three different friendly locals.

Every single local we talked to had complaints about the Niagara Escarpment Commission. It seems that even way up there in the wilds of Ontario the tension between wilderness and settlement requires negotiation.