The September 20, 1977 Montreal blackout has been forgotten. Even the internet can’t remember it. But that event and date are stuck in my head because it was my 16th birthday. I’m not sure what exactly caused all of Montreal to go dark that day, but it must have had something to do with the wonderful raging windstorm. I remember the wind because I was out in it under black, brooding, rainless clouds—reveling in the dark dramatic weather. I also revelled in the fact that I wasn’t in school; cancelled because of the power failure. Best Birthday Ever.


I stood in the wind at the end of a street near my house, enjoying our view of Montreal.  It was dark in the middle of the day, and the downtown cluster of buildings were uncharacteristically unlit; mere rectangles (like the one in 2001: A Space Odyssey) against a dark Mount Royal. Meanwhile, my mom was shopping in the dark for my birthday present at the local department store; using the subdued daylight coming through the windows to pick out a set of cute sheets. She had already made my cake. Icing didn’t require any power. My family and I had fancy sandwiches and birthday cake by candlelight for my 16th birthday. 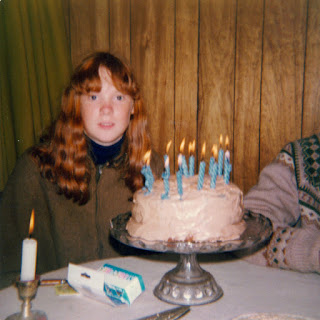 There haven’t been many natural disasters in my part of Canada. In our country, “we don't have...world-famous volcanoes” (to quote “The Arrogant Worms”, in their introduction to a song that explains what we do have, which is lots of rocks and trees and water), but there have been a few debilitating blizzards, house-swamping inundations and disastrous hurricanes…just not around the places I’ve lived. The Montreal/Ottawa area seems to be a bubble of calm in an anxious world of natural phenomena.


By the time Montreal suffered its major ruinous natural disaster, I had long since moved to Ottawa and was safely ensconced, with children, in a small house in a neighbourhood with buried power lines. Everywhere else in the ice-storm-affected regions, power lines were becoming coated in thick ice, and crashing to the ground.  If the power lines didn’t crash, ice-coated tree branches crashed into them. 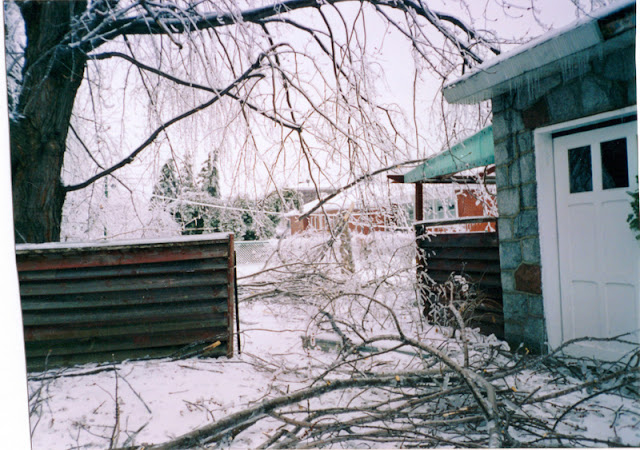 The 1998 ice storm affected Ottawa, but not me.  My house never lost its power, and my four young children had fun sliding outside on the ice with neighbourhood friends whose school had been cancelled. But back in Montreal, things were much worse. The internet well remembers this particular blackout. The Canadian Encyclopedia even suggests that it was Canada’s greatest natural disaster. By the time I realized how serious it was, the highway between Montreal and Ottawa was closed, and my parents couldn’t even have escaped to my house. But that didn’t matter, since they always roll with what comes their way. They were experienced campers, and spent that January week in front of the living room fireplace, heating up spaghetti sauces and soups from the freezer.  They even walked the neighbour’s dog.


My parents and the rest of Montreal were without power for about six days, and gradually limped their way back to normalcy. They managed to escape the bigger disaster that occurred in a region just south of Montreal-- an area that became known as “The Black Triangle”. This was the place of utter ice-storm disaster. Infrastructure there was completely ruined, and the people were without power for many winter weeks.